Skip to content
free shipping on all orders over $75.00 Can cannabis help us win the war against antibiotic resistance? 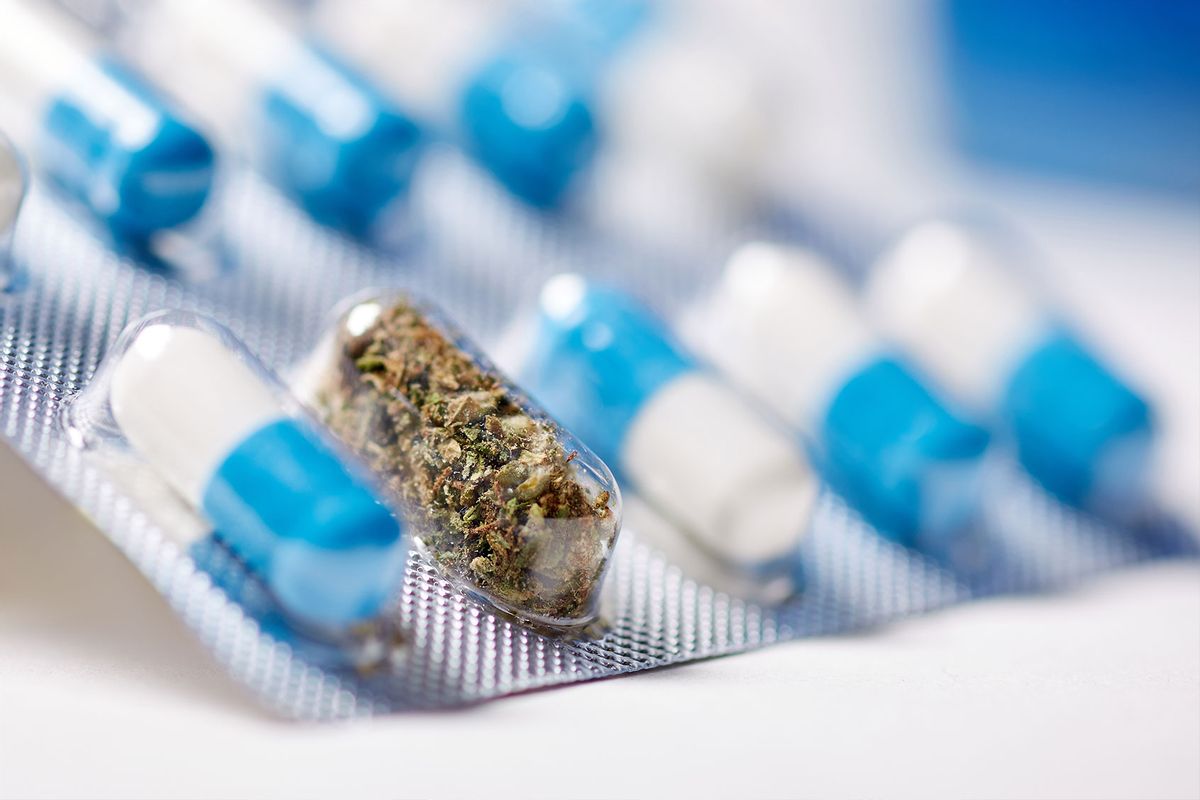 Cannabis sativa plants are essentially chemical factories that pump out tons of fascinating molecules, which we call cannabinoids. Humans have been making use of these compounds for thousands of years, as well as gorging on the plant's nutritious seeds and using its fibers to make textiles.

But due to decades of stigma and the plant's restricted legal status, there's still a lot we don't know about cannabis, especially its unique chemistry. A growing body of research suggests cannabinoids could make potent medications such as antibiotics, which is good news considering pathogens like bacteria, viruses and fungi are quickly evolving resistance to most of our defenses.

A recent analysis in The Lancet estimates that around 1.27 million people died from antibiotic resistant infections in 2019, with the authors concluding that these stubborn infections are "a health problem whose magnitude is at least as large as major diseases such as HIV and malaria and potentially much larger." Climate change and the COVID pandemic seem to be making antibiotic resistance worse, with many experts anticipating this problem accelerating rather than slowing.

We've known that cannabis has antibiotic properties since the late 1950s, but their application in medicine has been largely ignored until recently. As antibiotic resistance grows as a problem, scientists are taking a closer look at cannabinoids. In a new review in the journal Pharmaceuticals, a team of Malaysian chemists stacked the evidence for how effective these plant compounds might be at fighting infections where other drugs fail.

"C. sativa is a plant with an untapped potential," the authors write. "This versatile plant can be used for various purposes. Given its complex metabolic profile and excessive use as a recreational substance, its therapeutic benefits should not be ignored or overshadowed."

Cannabis didn't evolve these chemicals to benefit humans — in fact, the plant emerged about 28 million years before the first humans did. Cannabis makes compounds like THC and CBD to protect itself against pests, but to also attract pollinators. The fact that we can get stoned from these chemicals — or make useful medicines from them — is just a coincidence. So what are they and what can they do?

The most familiar cannabinoid to most people is, of course, THC (delta-9-tetrahydracannabinol) which people seek out because it can cause a stoney, high feeling. THC isn't just for euphoria, however. It has medicinal properties as well, being great at addressing nausea and certain types of pain.

There's also CBD (cannabidiol), another psychoactive cannabinoid, only it doesn't intoxicate people like THC. It is generally seen as having a more medicinal side, useful in treating some forms of epilepsy, insomnia, anxiety and even reducing cravings for tobacco or heroin.

CBD has some impressive antibiotic properties as well. A 2021 study in the journal Communications Biology tested CBD and found it to be effective against more than 20 types of bacteria, many of them with drug-resistant properties. "Importantly, we also demonstrate that CBD does not lead to resistance after repeated exposure," the authors wrote, indicating that this drug may remain useful over time, whereas the efficacy of some antibiotics can fade in just two years or less.

They reported for the first time that CBD can selectively kill Neisseria gonorrhoeae, which causes the sexually-transmitted disease gonorrhea. Left untreated, gonorrhea can lead to permanent health problems, including infertility, long-term pelvic pain, increased risk for HIV and in rare cases, even death.

For eight decades, scientists have studied how so-called "super gonorrhea" is rapidly becoming impervious to a whole host of drugs, each with unique mechanisms of action or methods for killing bodily invaders. The World Health Organization reported in August that 82 million cases of gonorrhea were contracted in 2020, underlining the growing severity of this problem.

So how does CBD fight a pathogen that other drugs cannot? The Communications Biology research suggests that CBD can damage the membranes of cells, causing them to malfunction, but experts still aren't sure how exactly it targets these weaknesses. Some research also suggests that CBD can interfere with how bacteria communicate with each other, especially when used in combination with other antibiotics.

Using cannabinoids in combination with other drugs seems to be one of the most favored routes for the future of cannabinoid-based medicine, with the Pharmaceuticals review authors noting, "The results of previous studies suggest that cannabinoids can potentially improve the efficacy of existing antibiotics." It's unlikely that cannabinoids will totally replace antibiotics, but they can be complementary tools for keeping stubborn illnesses at bay.

Pharmaceutical companies may also develop analogs of cannabinoids, which are drugs that are chemically similar but may be more effective than naturally-derived cannabinoids. Improving on nature is par for the course with biotech research, and the next generation of cannabis-based antibiotics could be tailored to specifically target the most obstinate pathogens. For example, a company called Skye Bioscience is developing a drug called CBD-Val-HS that may help dissolve better in water than CBD, but research is still in early stages. For now, it's too early to tell how effective or widespread these drugs will be, only that their potential is worth exploring.

The biggest obstacle to developing cannabinoids into medications isn't their effectiveness. It's their Schedule 1 status, which treats these cannabis derivatives as highly dangerous, making them expensive and tedious to study. Cannabis is more difficult to study than cocaine or methamphetamine, for example.

"Due to the difficulty of complying with these regulations' legal requirements, researchers and funding organizations may be less inclined to examine innovative products," the Pharmaceuticals review authors lament. But in October, the Biden Administration announced plans to review this relationship, which would be a big deal for cannabis researchers. As antibiotic resistance accelerates in the microbial world, changes to marijuana laws could open doors to developing better defenses — and assembling a more effective arsenal can't happen soon enough.

Troy Farah is a science and public health journalist whose reporting has appeared in Scientific American, STAT News, Undark, VICE, and others. He co-hosts the drug policy and science podcast Narcotica. His website is troyfarah.com and can be found on Twitter at @filth_filler

Sign up to be the first to know about exclusive offers, giveaways, new arrivals & more.